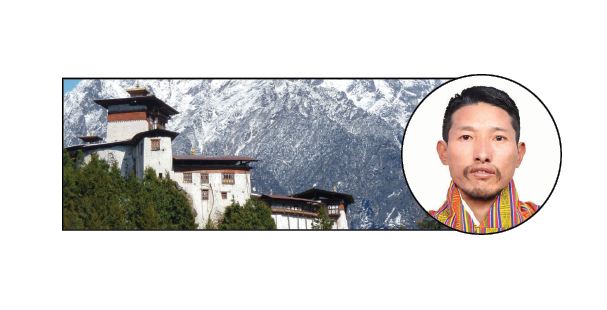 Dorji Khandu from Laya, Gasa won the Third Parliamentary Election to National Council after securing 547 of which 532 votes came through EVM and 15 votes via the Postal Ballot. The result was officially declared on April 20.

The two other NC candidates from Gasa, Phurb Dorji secured 528 votes and Kinley Dorji managed to get 436 votes.

On winning the election, Dorji Khandu said, “I can’t really say that I am happy that I won the election, but in fact, I am worried about how I can fulfill people’s aspiration and needs as promised.” He is, however, confident that he will be the one to bring in positive changes in the dzongkhag.

“People voted for me because as I am from Laya, I travel frequently to Laya and Lunana, interact and communicate with people, and most importantly people trust me. And after seeing my performance during the debate, people believed that I can be a capable leader,” Dorji Khandu said.

He said he intends to support the youth of Gasa through employment opportunities and scholarships programs, adding, “I have the firm conviction and commitment to serve them with the best of my    abilities. Therefore, I will make sure whatever polices and laws passed, it will be in line with their issues and address their problems.”

He holds a Bachelor’s degree from Thailand. He is a recipient of South Asia Foundation Scholarship and holds a Master’s in Engineering and Management from Sri Lanka.

He has worked as a RJ (Dzongkha) with Kuzoo FM Radio. Other work experience includes his post as a project engineer in various construction companies, a founder and engineer of Dragon Engineering and Construction and is  also the founder and CEO of Dragon Herbs Bhutan.

June 9, 2018 When Gasa elected 33-year-old Dorji Khandu as its National Council representative in April, the country got its first member of parliament from Lungo, Laya. The closely...

April 21, 2018 If postal ballot made the difference in many dzongkhags, it was not the case in Gasa. Despite getting only 15 postal ballots, Laya’s candidate Dorji Khandu...

March 14, 2018 Gasa, the largest and least populated dzongkhag, has three candidates for the NC seat. Khatoed gewog had the highest number of aspiring candidates although the gewog...