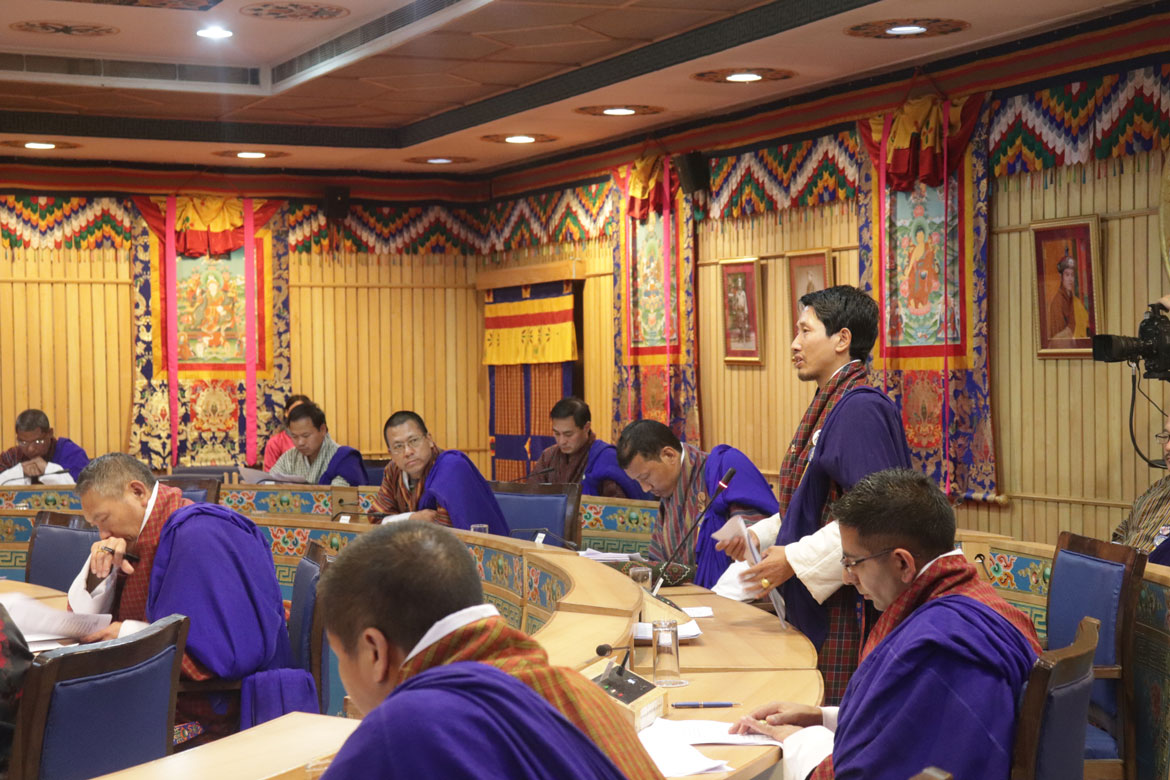 I raised my concerns during the 5th sitting of the 25th session of National Council regarding the supplementary budget appropriation of Nu. 5M, proposed and approved by the National Assembly on 11th February 2020 with 44 Yes votes.

The same budget was presented again in the first week of June, that the National Assembly is returning the amount to the finance ministry. That is just a drama and for publicity to make up with their wrongdoings. The fact is that the Supplementary Budget Appropriation Bill for the Financial year 2019-20 that has been passed before the first case of COVID-19 has never been endorsed for implementation.

Moreover, there is no need for the government to return, this is a norm for all sectors when it’s the financial closing time. If the fund is not used, the return is mandated and the responsibility of all the sectors.

Appropriating the supplementary budget for the parliamentary committee and secretariat services came without prior scrutiny from the finance ministry and violated the budget process and the Public Finance Act 2007. Any kind of supplementary budget should root through relevant ministry which is then forwarded to the Finance Ministry for approval.

It was surprising to learn how the most important institution of the nation turned deaf to the National Council’s recommendations.

The precedent was unhealthy for a democracy like ours that undergoes constant evolution with days. The views expressed from NC were a waste of time because they went ahead with the budget and approved it.

My colleagues in the house shared the same concerns; the legitimacy and the conflict of interest of the bill proposed to meet the shortages at the parliamentary committee and secretariat services. Consequently, the House decided to repeal the section with recommendations.

The national council also experienced the same shortage of resources. Do we follow the same trend? Should the future government do the same and keep increasing the supplementary budget appropriation ceiling.

NC members shared appropriating such a supplementary budget to overcome shortage each time would violate existing norms and set the wrong precedent.

We also questioned if the procedure followed to approve the budget was right and whether it was in line with the existing norm. However, the appropriation was approved and later returned as claimed. The way the national assembly approved the budget was unexpected and disrespectful. This also reflects the integrity of the people’s representatives in the august hall.

Our recommendation should have been heard well, especially in times like today where the government’s coffer is taking an unexpected pinch. We should all aspire to listen to one another and work firmly together with integrity.

I wish that the wisdom of the highest legislative body should prevail to abide by the laws and avoid the conflict of interests henceforth.