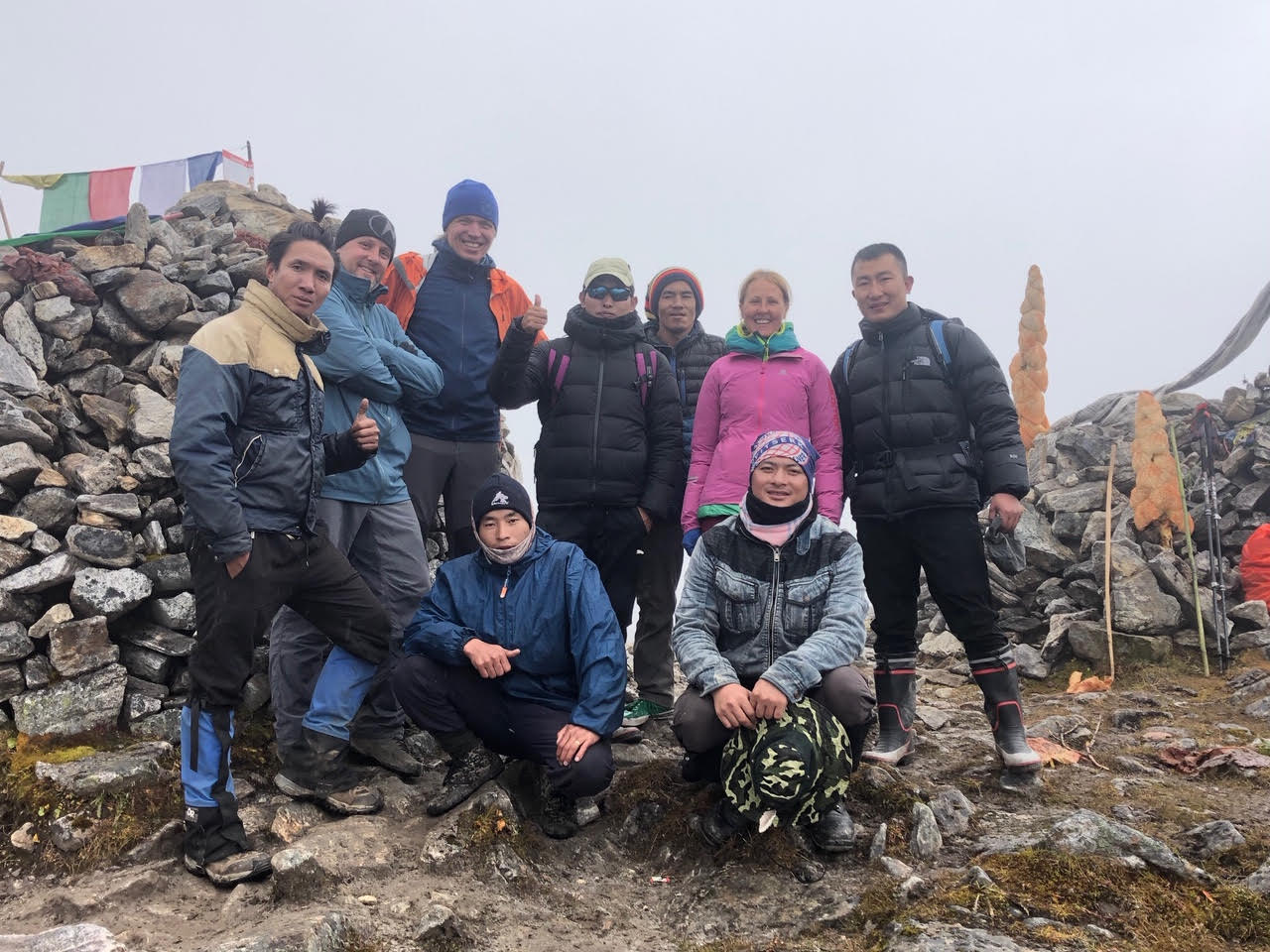 The National Assembly had proposed five more Dzongkhags in the list to exempt payment of tourism levy taking the number to 11 and forwarded it to the National Council. The House of Review added four more dzongkhags making it to fifteen dzongkhags. This move surprised the general public, media, and including MPs from NA. But, we have learned enough lessons from past experiences and adopted the smart move this time. Here in this article, I will briefly explain the beginning from 2017, how deliberation happened in the National Assembly and National Council.

In 2017, when the former Finance Minister introduced the Tourism Levy Exemption Bill in the National Council, he said that the purpose of the Bill is mainly to exempt the existing royalty of USD 65 for international tourists visiting six eastern dzongkhags. The main objectives of the Bill were to ensure balanced regional development; provide tourism benefits the country as a whole, and improve the tourism business in the country. To achieve this, he said that the proposed Bill would exempt the levy for three years on a trial basis for international tourists visiting the eastern region.

As per the 20th session resolution of the National Council, the House comprehensively deliberated on the Tourism Levy Exemption Bill of Bhutan 2017 on 2/12/2017 and resolved to reject the Bill with six objections. In the 13th sitting of the National Council, the members voted against the Tourism Levy Exemption Bill of Bhutan 2017 (Money Bill). Of the 20 members present, 5 members voted “Yes”, 12 members voted “No” and 3 abstained. The Bill was then forwarded to the National Assembly on the grounds of rejecting the Money Bill for the re-deliberation.

However, the National Assembly on 4th December 2017, rejected the National Council’s resolution that asked the Government to scrap the Tourism Levy Exemption Bill 2017, which waives royalty of USD 65 in a day per tourist visiting eastern dzongkhags.

NA endorsed the Bill with the show of hands, 30 MPs, mostly from the ruling party, voted to reject NC’s recommendations.

Opposition members spoke in support of the NC’s objections although they voted in favour of the Bill with some reservations when the Assembly passed the Bill.

The exemptions in the past has never benefited the Dzongkhags and has achieved no visible increase in tourists flow in the Eastern Circuit.

On 16th January, eight Bills tabled for first and second readings in the National Assembly, and the six Bills were declared as Money Bills including Tourism Levy Exemption (Amendment) Bill of Bhutan 2020.

The Chairperson of the Environment and Climate Change Committee of National Assembly presented the Committee’s recommendation on Tourism Levy and Exemption Bill of Bhutan 2020 as a new Bill on 3rd February during the Third Reading of the Bill in the Assembly with 6 Chapters and 18 New Sections.

The National Assembly of Bhutan adopted Tourism Levy and Exemption Bill of Bhutan 2020 on 4th February with 43 Yes votes and 1 No vote out of 44 members present at the voting.

As per their adoption, a leisure tourist visiting selected Dzongkhags such as Lhuntse, Mongar, Trashigang, TrashiYangtse, Pemagatshel, Samdrup Jongkhar, Tsirang, Dagana, Zhemgang, Trongsa and Sarpang were exempted from payment of applicable tourism levy for the duration of their stay. However, the tourism levy exemption shall expire by 31st December 2024.

The National Council received the Tourism Levy and Exemption Bill of Bhutan 2020 (New) as Money Bill with the official letter on 4th February 2020 (Ref. NAS/SG-6/2020/3034) for re-deliberation.

Hon’ble Finance Minister introduced the Tourism Levy Exemption (Amendment) Bill of Bhutan 2020 in the 16th Sitting of the NC on 5th February 2020.

Subsequently, the House deliberated on the Tourism Levy & Exemption Bill of Bhutan 2020 on 6th February 2020.

During the deliberation, Hon’ble Members expressed their support on the amendment in Section 7; Chapter 2, which stated, “A regional leisure tourist shall be liable to pay concessional tourism levy of Nu. 1200 per night halt”. Therefore, the House adopted the section. However, general concerns shared were related to the mushrooming of many hotels.

The House extensively deliberated on section (8), under chapter (2) wherein the National Assembly has amended the exemption from payment of applicable tourism levy for the duration of their stay by listing 11 Dzongkhags to attract tourists. Fourteen members shared their views on two main points: firstly, in keeping the provision, the list of the dzongkhags should be based on proper research and the second was to delete the exemption list from the Bill as it creates inequality within the country.

While the House adopted most of the amendments proposed by the National Assembly on the Bill, the House directed the Committee to review the disputed sections during the in-house deliberation considering the view of the members and to prepare the Bill for the final adoption.

There has been a much-heated debate amongst the members concerning the Exemption list of the Dzongkhags.

Option 2: To add the most deserving dzongkhags only

Option 3: To keep 11 Dzongkhags as it is and recommended to add the most deserving dzongkhags

This Bill was introduced and declared as Money Bill in the National Assembly as per Article 13 (2) of the Constitution of Bhutan and Section 46D of the Public Finance (Amendment) Act 2012.

The National Assembly of Bhutan adopted Tourism Levy and Exemption Bill of Bhutan 2020 on 4th February with 43 Yes votes and 1 No vote out of 44 Members present at the voting.

From the past experiences, removing 11 Exempted Dzongkhags or Rejecting the entire Bill is not a solution.

Therefore, the National Council’s recommendation on the Money Bill, adopted by 43 Yes Votes (97.7%) did not make much difference. Even if the House recommended doing away with the exempted dzongkhags, the NA might have followed with their previous decision without much thoughtful choice and debate. Otherwise, they should not have added 11 dzongkhags in the exempted list.

In the first instance, the Government is not clear with their objective to introduce the Bill; whether to regulate the visiting tourists or to ensure balanced regional development. But one thing is clear that it has been deeply politicized going by the map pattern and dzongkhag selections. They have focused more on the Opposition’s constituency, where there is a major population. Surprisingly, the matured Opposition fails to play a constructive role and to provide checks and balances to the Government simply because their dzongkhags are listed in the exemption and they didn’t realize the politics behind. The nation’s expectations were from the longest-serving MPs and the Opposition, but to no avail and hope in despair.

The Opposition should execute their mandates as per Article 18 of the Constitution to play a constructive role, providing healthy and dignified Opposition to the Government and shall not allow party interests to prevail over the national interest.

Option 2: Members proposal to add the most deserving dzongkhags was also not possible

As per the Publication of the Tourism Council of Bhutan on Bhutan Tourism Monitor 2018, the tourist visits in Haa, Chhukha, and Gasa are 6615, 2971 and 675 respectively and Samtse with no tourist visit record at all.

The NA should have considered these Dzongkhags instead of dzongkhag like Trongsa with 5864 tourists visit if their intention was on the regional distribution of tourists over political interest.

The 11 dzongkhags (Exempted List) are represented by 26 Constituency and 26 MPs in the National Assembly. The probability of rejecting the 4 Dzongkhags proposed by the National Council member is very high.

Option 3: Keeping 11 Dzongkhags as it is and proposed to add the most deserving Dzongkhags considered being the best “BARGAINING CHIP.”

Based on the research and latest statistics, the House recommended adding 4 Dzongkhags (Haa, Chhukha, Samtse, and Gasa) in addition to the 11 Dzongkhags adopted by the National Assembly with 43 Yes votes.

With the introduction of SDF of Nu. 1200 per night on regional tourists, the Government estimated the revenue of Nu. 933.56 million per annum, which is intended to compensate for the revenue loss of Nu. 826.03 million from tax exemptions such as Income slab, 5% Sales Tax on telecom services, Corporate Income Tax from 30% to 25% and others.

National Council’s recommendation made the Government and National Assembly think twice before they pass their final judgment and reflect once again on their previous decisions.

They are left with only two options either to remove all dzongkhags or accept all 15 Dzongkhags. Because if they go by the previous decision and reject NC’s recommendations, they have a fear of public backlash, which they have learned enough lessons from the recent Zhemgang flagship case and their previous selection of dzongkhags was not done based on the comprehensive research but rather with political interests.

If they accept all 15 Dzongkhags, the whole purpose of levying the SDF (Sustainable Development Fee) would be defeated, and the estimated revenue generations of Nu. 933.56 million per annum may be forgone.

The Government knows very well, how difficult it is to propose Tourism Levy, especially when the neighbouring country is concerned. In November 2019, Foreign minister Dr. Tandi Dorji visited India at the invitation of India’s External Affairs Minister S Jaishankar (Ph.D.). Lyonpo briefed the Indian foreign minister about Bhutan’s plans to implement a revised tourism policy, particularly regarding regional tourism, and sought the Government of India’s understanding and support in its implementation. It was learned that tourism levy was negotiated at 35% of USD 65 per night halt, but it was reduced to 25% due to pressure from the business communities within the country.

Therefore, the Government has no choice but to decide to remove all the Dzongkhags from the exemption list. The whole purpose of introducing the SDF is to give all tourists the best value for money irrespective of regional or international and regulate the flow of regional tourists.

In the 20th Session, the National Council raised concerns regarding the need to regulate the flow of regional tourists due to exponential growth in numbers that could exceed Bhutan’s ecological, cultural and infrastructural carrying capacity.

As far as the National Council is concerned, our conscious is very clear that we do not support to exempt any dzongkhags under the tourism levy SDF. But our smart approach worked for NA to overturns its decision on SDF.

On 19th February 2020, the House that once adopted the Bill with 43 Yes votes decides not to exempt any dzongkhag from the Nu 1,200 SDF. We appreciate the NA for reflecting on their previous decision and taking a complete U-turn this time.

Following a re-deliberation of the Bill, NA members felt that exemption of tourism levy would not help to promote tourism in the exempted dzongkhags. Prime Minister Dr. Lotay Tshering who in the earlier Session voted for exempting 11 dzongkhags supported the argument. He said that instead of creating disharmony due to such exemptions, SDF should be levied to all dzongkhags.

Therefore, the NA MPs who think that NC hasn’t done our task correctly should thank NC for letting you reflect on your previous decision. The Bill that has been adopted with 43 Yes votes previously, when finally making U-turn indicates that there is no moral and lack of research works on their part.

NA endorsed Tourism Levy Bill of Bhutan 2020 with 33 Yes votes. The decreasing votes from 43 to 33 Yes votes speak for itself.

Disclaimer: The views and opinions expressed in this article are those of the author and do not necessarily reflect the official position of the affiliated organization.