Inauguration of the Road to Lunana

Home > Blogs > Inauguration of the Road to Lunana 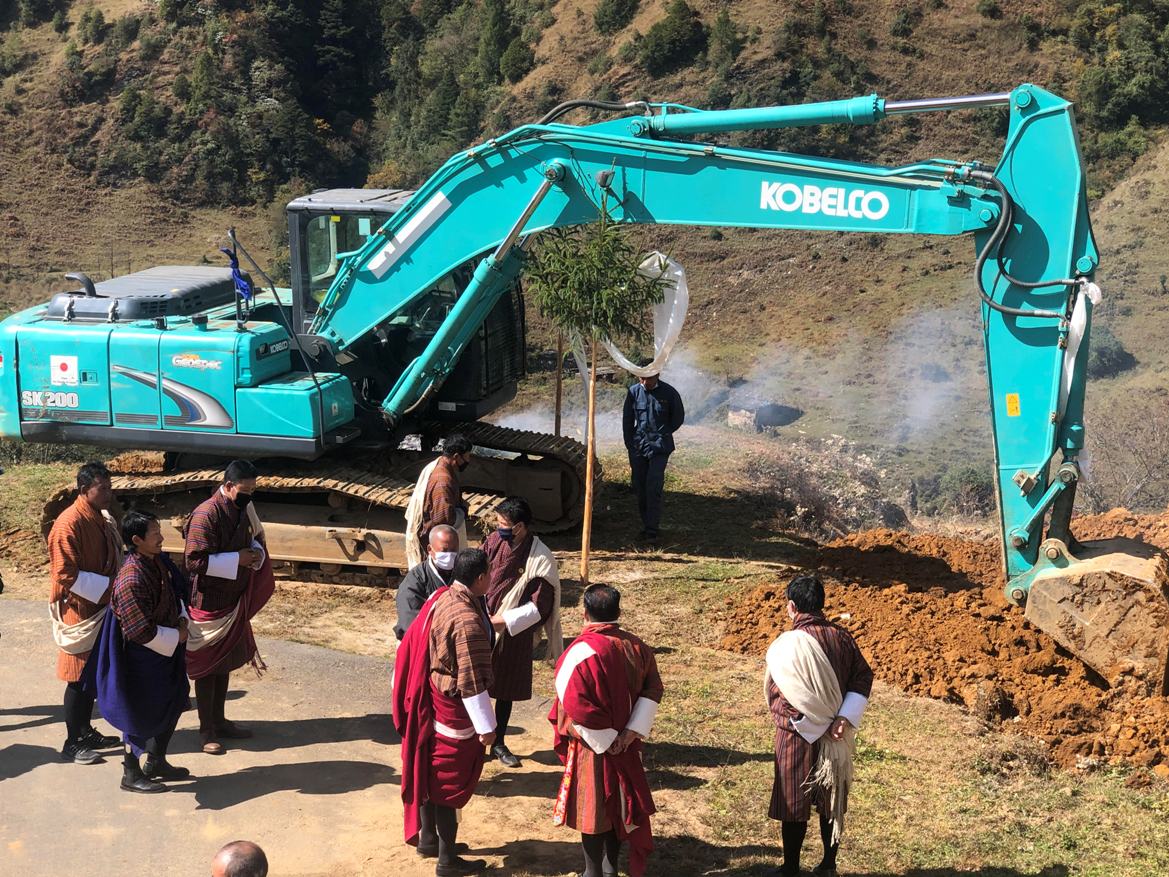 Coinciding with an auspicious day, we have inaugurated the construction of a 15.5km farm road from Sephu gewog under Wangduephodrang to Gyentsa for the benefit of the people of Lunana gewog in Gasa. The Member of Parliament, dzongkhag officials, and local government leaders from two dzongkhags- Gasa and Wangdue- were present during the inauguration on 6th November 2020.

At the inaugural ceremony, people were delighted about the road reaching closer to their gewog. The arduous journey to Lunana from Wangdue will be reduced by one day. It takes six days for the people of Lunana to reach the most remote gewog from Sephu on foot.

Lunana is one of the most remote gewogs in the country, and it remains cut off from the rest of the country for more than six months because of heavy snowfalls. The gewog is hidden behind the rugged terrains and the climatic conditions very harsh, these are the factors that hamper service delivery and development works in the gewog, among many other things.

There are three different routes to reach Lunana:

The farm road measuring 15.5km from Sephu under Wangduephodrang to Gyentsa will be constructed with a total budget of Nu. 7 million. Gasa dzongkhag will be providing the machinery support and is expected to be constructed by June 2021.

The Department of Forests and Park Services, Wangchuk Centennial National Park, Bumthang accorded the Forest Clearance for construction of the farm road measuring 15.5km from Bisha Goenpa to Gyentsa on March 2, 2020.

On July 15, 2020, the National Environment Commission issued Environmental Clearance (EC) for the construction of the 15.5 km farm road from Sephu to Gyentsa under Wangdue Phodrang dzongkhag, including the construction of 3 bailey bridges over Barzha Chhu, Repa Chhu, and Gyentsa Chhu with the length of 10m, 10m and 15m respectively. The EC was issued in accordance with Section 34.1 of the Environmental Assessment Act 2000 and Section 34 of the Water Act 2011.

Similarly, the road from Ramina to Jaziphu will begin next year, and the road will benefit the people of lower Lunana (Phoed-maed).

The people of the highland had been waiting for quite a long time for the basic infrastructure; it’s a dream come true and a foundation to many changes and possibilities among the highland communities.

This could stop the people from moving down to the suburbs of Punakha plains in search of better opportunities and encourage them to remain in their community. We should all aspire to keep them at the northern frontiers but also reach them with the required facilities. Roads, the transport means, make a crucial contribution to economic development on top of the social benefits for the people.

I would like to pay my humblest gratitude to His Majesty the King for the blessings and acknowledge the government officials and everyone involved in making this project possible. I assure everyone that I will closely monitor the work progress and make sure the construction goes as planned.