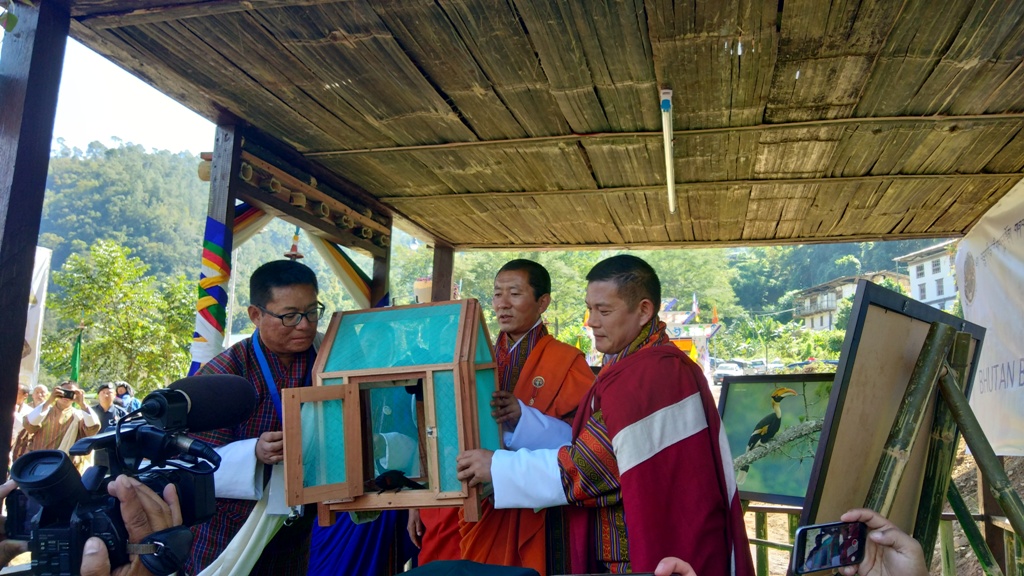 The celebration of feathered friends at Tingtibi in Zhemgang highlighted the potential of the place being one of the best birding sites in the region during Bhutan Bird Festival held from 11-13th November 2019, otherwise the town slept throughout the year.

Zhemgang’s dream of exploring their richness in Eco-tourism could have received a huge boost if the government had not removed the dzongkhag’s tourism flagship programme in June this year.

The Government was adamant about its decision and disregarded the decision passed by the parliament.

The decision of its kind based on the past precedent, as told by the Prime Minister was not healthy because we cannot afford to continue with flaws of the past to make the decision appear politically right. It’s everyone’s duty to uphold the constitution and its important institutions.

The change could have been for better or worse reasons but the removal of policy that was passed by the parliament undermined the wisdom of important institutions: national council and the assembly.

The government should be reminded that the Parliament, which consist of the Druk Gyalpo (His Majesty the King of Bhutan), the National Council and the National Assembly, shall ensure Government safeguards the interest of the nation and fulfils the aspirations of the people through public review of policies and issues, Bills and other legislation, and scrutiny of State functions.

All said and done, now it seems that the Government is trying hard to reconcile and heal the political wound they have created with their shortsighted decision.

The three days festival may have contributed to local economy, but not in terms of the development in the district; important infrastructure development required to trap tourism potential of the district, which the dzongkhag had been planning for long time to attract increased numbers of tourists.

As per the Bhutan Poverty Analysis 2017, the poverty rate in Zhemgang stands at 25 percent, one of the highest poverty rates in the country while Sarpang fares better with 12 percent. On contrary budget approved for Zhemgang and Sarpang were 701.266 M and 741.903 M respectively in the Financial Year 2019-2020.

But hope for Zhemgang still alive with twist in the tourism flagship program. As per Tourism Council of Bhutan, the plan would be implemented as a circuit-based programme instead of focused dzongkhag approach in its flagship programme. All dzongkhags will get equal opportunities or priorities depending upon their capacity and feasibility. As per TCB, every dzongkhag will have one or two projects in consultation with the local government and the private sector.

Although Zhemgang is considered as a paradise for botanists and bird watchers the  dzongkhag has received only 1,263 international tourists (332 arrival and 931 bed nights), which is 0.14 percent of tourist arrival in the country. Considering the dzongkhag’s rich biodiversity and the unique attraction, the number of tourist arrival was a concern and the dzongkhag does not have star-rated hotels and has only four village home-stays.

The captive Siberian Rubythroat (a new bird species) set free by the Honorable Prime Minster during the festival may breathe fresh air of Zhemgang and rapid growth of Eco-tourism in the region is very much anticipated.

The decisions we take will have a long-term impact, for better or for worse, on our country and our people. I wish the Government of the day would take their decision wisely as per the law and by upholding the sacred constitution of Bhutan.